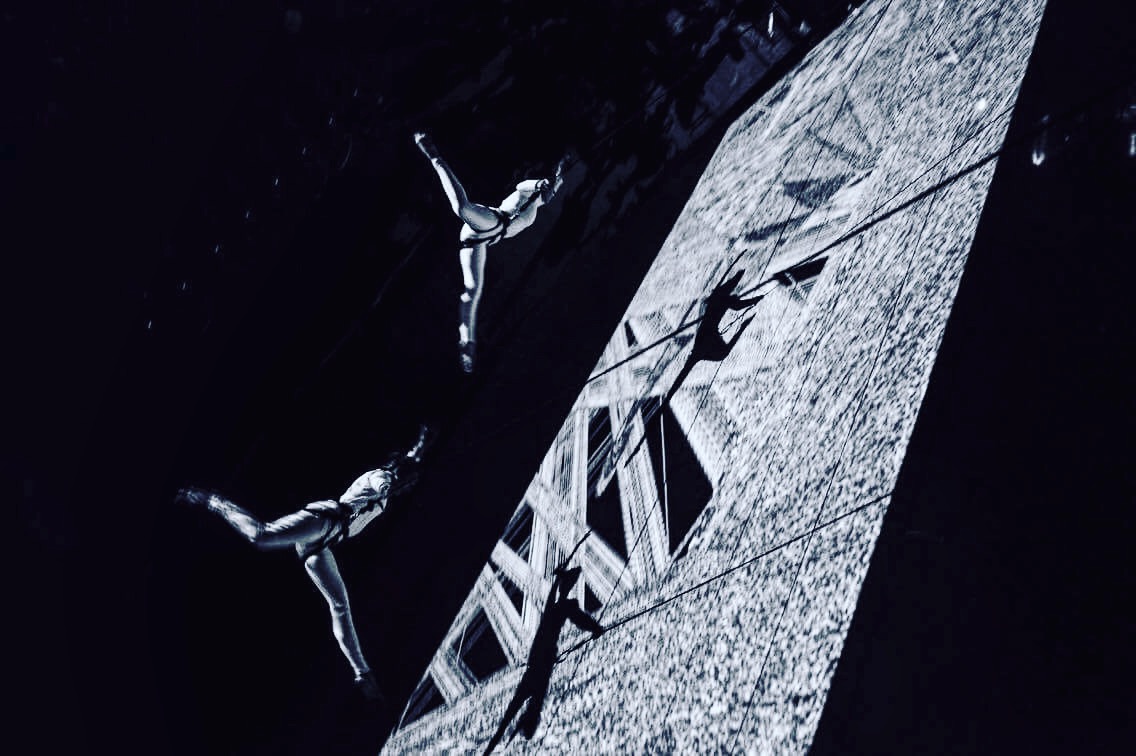 Between 2017 and 2019 I created interactive real-time visuals for three fearless vertical dance performances in Dublin, Ireland. They were all part of my collaboration with the Irish aerialist Ria Murphy and her studio Aerial Cirque. Ria was both artistic director and performer in the shows. Our projects were produced by Culture Night Dublin and premiered as a part of their official program.

Arc explored maths, physics, and our understanding of the universe and experience within it. Inspired by a character that sees the world through mathematics and solves equations through movement, the choreography was created in the reverse: deriving choreography from interpreted equations, specifically those in Dr. Stefan Hutzler’s paper on Newton’s Cradle.

Art, science, and tech synchronise daringly up on a vertical architectural stage. Performers dance, run and flip suspended on the building, their movements influence the projection mapping enveloping them. The visual landscape of the piece is endlessly responsive, conforming & deforming, responding in real time to the vitals of the performers. Their real bodies feeding their responsive virtual partner, making no two performances the same.

Look to the skies on Culture Night, for a heart-stopping, one-of-a-kind spectacle on the soon-to-be-opened Central Plaza on Dame Street. Metal meets muscle on the Dublin skyline in Elevate, a breathtakingly beautiful, gravity-defying show created and performed by Ireland’s leading aerialists Aerial Cirque, with music by Cork-based composer Peter Power and visuals by Bulgarian artist Petko Panchev. This aerial dance show was performed on a 55m crane to an estimated crowd of 10k.